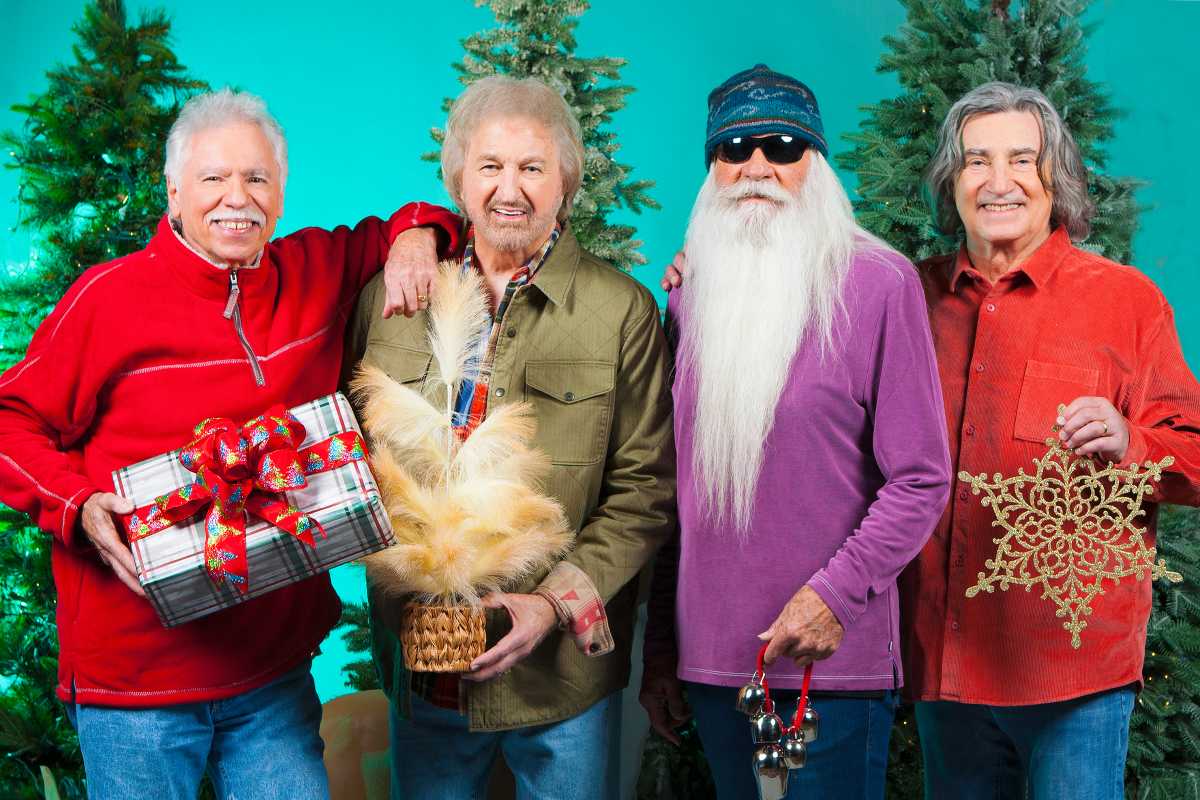 Once you’ve seen The Oak Ridge Boys’ Christmas show, you will want to make it a family holiday tradition. Since the late 1990’s, the highly acclaimed Christmas tour has played to packed houses across North America.

The extravaganza, which features a mixture of traditional and contemporary songs as well as some of the Oaks’ classic country-pop hits, is a full-production show with beautiful visuals, including falling snow and Christmas trees. It also includes a visit from Santa and songs from the group’s eight bestselling Christmas albums.

The ORB Christmas touring tradition began when Kenny Rogers invited the group to join his Christmas tour in 1988. The first show, held on November 26, 1988, eventually led to a second year of touring with Kenny. The second tour opened at Universal City (Los Angeles) on November 29, 1989. In 1989, Garth Brooks joined the Oaks and Kenny on a few shows, including one in Philadelphia on December 3, 1989.

In 1993, The Oak Ridge Boys invited Brenda Lee and the Chipmunks to join them on a Christmas tour, which launched December 2, 1993. Brenda Lee performed a dozen shows with the group that year. The Chipmunks returned for a second year in 1994.

The group started touring without openers in 1995, performing a nearly two and a half-hour show on their own. The format included 40-45 minutes of hits, a 20-minute intermission, and then an hour and 20 minutes of Christmas music and production.

The current show format—75 minutes with no intermission—features a video wall, a fireplace and rocking chair segment (thanks to Cracker Barrel) and, of course, a visit from Santa. The Oak Ridge Boys Christmas show has played as a residency at the beautiful Gaylord Opryland Resort in Nashville for two consecutive years, 2020-2021.